This is a classical, and yet highly controversial debate amongst men and women since the ancient day. Generally speaking, it was believed that men have a higher sex drive than women, but recently starting from the late 20th century that people started to think that women might have a sex drive that’s as high as men, if not more than men.

Unfortunately, there are not enough studies to prove that women have a higher sex drive, but several surveys show that women want more sex and are interested in sex and sexually related stuff more than men.

Controversially, “Saying that men’s sex drive is higher on average is not the same as saying that women have a low sex drive or don’t want sex.” For example, consider a 2009 article published in the Archives of Sexual Behaviour that involved a sample of over 200,000 adults from 53 nations. That study concluded that men have higher sex drives on average than women and that this is a large effect that is consistent across cultures. Interestingly, nevertheless, this study also found that there’s more variability in women’s sex drive compared to men. This tells us that there are indeed going to be a lot of women who have sex drives that are higher than a lot of men. On average, though, there is a sizeable difference in sex drive such that men tend to be higher than women.

Another reason that makes people believe that women might have a high sex drive is the demand for sexual explicit contents. Before now, it was believed that men sought after pornographic contents more than women. Thus, more than 70% of the adult industry’s contents are made for heterogeneous men, but recently the number of women who sought pornography rose dramatically. The advent of “Play Girl” magazine, female pornography movies and even male nude modelling tell us about women sex drive.

With all of that said, it’s clear that women kind of have a high sex drive just like men as opposed to our old belief that men’s sex drive is higher. As such, it’s important to avoid making assumptions about specific individuals’ sex drives based on group averages. 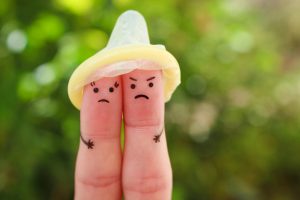