Migraine typically involves moderate/severe pain, usually on one side of the head. Patients commonly complain of a throbbing (pulsating) and persistent headache that becomes more severe with physical exertion, such as going up the stairs or walking up a steep hill. 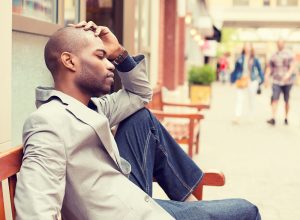 Migraines affect about 1 billion people globally. According to a report, between 1.4% and 2.2% of the world’s adult population suffer from chronic migraines.

In Africa, migraine incidence is slightly lower than in Western nations where approximately 18% of women and 6% of men experience at least one episode of a migraine during a year.

Therefore, knowing the cause is the key to preventing migraine, and proper treatment helps to reduce it suffering.

The cause of migraines is not yet known. We suspect that they result from abnormal activity in the brain; genetics and environmental factors appear to play a role. However, the following triggers are likely to set off migraines:

Skipping and irregular meals patterns or fasting can trigger attacks. Also, dehydration is a potential trigger. Food additives such as aspartame and others, found in many foods, may trigger migraines as well as alcoholic and caffeinated beverages may trigger migraines.

Tiredness and insufficient sleep, including sexual activity, and physical overexertion can cause a migraine. Low blood sugar and jet lag can also act as triggers

Stress, depression, anxiety, excitement, and shock can trigger a migraine

Several medications such as such as oral contraceptives, hormone replacement therapy, some sleeping pills, and other can aggravate migraine signs.

They may begin just before or shortly after the onset of menstruation. Others have an increased tendency to develop migraines during pregnancy or menopause.

Bright lights or flickering screens and sun glare can induce migraines, as can loud sounds. Strong smells — including perfume, paint thinner, second-hand smoke and others — can trigger migraines in some people.

Changes in the environment

A change of weather or barometric pressure, stuffy rooms, and temperature changes can prompt a migraine.

Who is Likely to Have a Migraine?

Several factors make you more prone to having migraines, including: 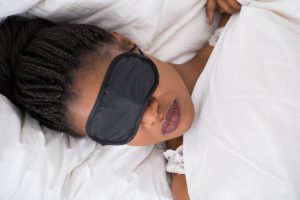 When to see a doctor for a migraine 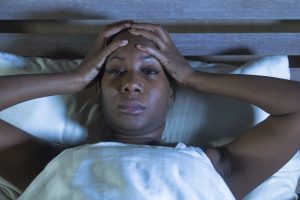 Do you constantly have a migraine? Don’t take it lightly