Oestrogen; men and women (in) fertility

Oestrogen; men and women (in) fertility

Oestrogen, through its key hormone estradiol, is largely responsible for the female secondary characteristics, in both men and women. Both men and women can suffer from the imbalance of oestrogen.

You might not be aware of this, but we consume a lot of toxins loaded with oestrogen. An imbalance is not necessarily genetic, it could be driven by what we consume.

Oestrogen is the primary female reproductive hormone. It helps in the process of softening the cervix and lubricates the vagina during intercourse. It’s the most significant hormone in the development of the female sexual organs and in the health of the breast, vagina and ovaries.

Oestrogen is a defining factor of the physical differences between men and women.

Healthy oestrogen gives the woman her breasts, supple skin and less facial hair. It’s the reason why women do not bald like men, and it increases the body fat in the hips and thighs. 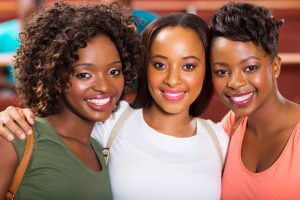 When a woman experiences low levels of oestrogen in comparison to testosterone she may have traits that others might interpret as bordering masculine.

The presence of healthy oestrogen in the body helps to grow the hair; it stimulates the hair follicles. This is the reason why a pregnant woman’s skin glows, her breasts are full and her head is full of healthy hair. The good oestrogen is at work.

After giving birth, some women lose their hair and have bad skin, it’s because of the change in the level of health oestrogen in the blood.

Alopecia (hair loss/balding), is also a sign of a drop in the healthy oestrogen levels of a woman. Most people assume it comes from the consistent use of weaves and braids on the hair, oestrogen is often the main factor.

In terms of the mood, oestrogen increases the brains activity while progesterone makes one feel calm and at ease. Oestrogen dominance can lead to anxiety and panic, while lack of it, which means dominance of progesterone, may cause constant lethargy.

The best way to find out about your oestrogen levels is to visit a doctor, an endocrinologist, who can run a saliva test to establish your hormonal balance.

Good and bad oestrogen; foods, and chemicals in foods

Although oestrogen is attributed to reproduction in women, excess oestrogen leads to the growth of fibroid tumours, ovarian cysts, tubal blockage amongst many other types of complications.

There are two sources of oestrogen: endogenous (made in your body) and exogenous (food sources).

Oestrogen can come from plant sources: phytoestrogens, or from meat and dairy loaded with bovine growth hormones. Some foods that are rich in oestrogen include simsim (sesame seeds), soy, squash, flax, carrot, chickpeas and beans.

Bovine growth hormone is a drug that is used in animals to increase milk production in dairy cows and growth of young cattle.

BGH is banned in Canada, Japan, Australia, European Union and even Israel. Some scientists claim that it triggers early puberty. A nine year old girl will develop breasts like a teenager, because of drinking and eating food triggered by it.

Kenya banned the use of this drug in 2010, and we hope that your milk and meat is not containing it. You can also consume oestrogen from pesticides, synthetic fertilizers and insecticides.

Some women’s estrogen levels are also raised because of candida, yeast infection. Yeast is found in foods like bread, seeds, packaged food, it’s not bad for you :-). However, it multiplies in the presence of sugars to produce a type of estrogen called mycoestrogens.

The problem with yeast is that it co-exists with bad bacteria in the colon, like E-Coli, and when it does, it produces an enzyme, glucuronidase, which makes it very hard for you to destroy the used oestrogen from your liver. So your body retains the new oestrogen it’s producing, plus the old oestrogen that needs to be expunged out of your liver.