A sexual fantasy, an imaginary mental image or pattern of thought, which stirs a person’s sexuality and can create or enhance sexual arousal. We all have our individual sexual fantasies, even those who are supposedly boring or consider sexual adventure as a sin or taboo due to either religious or social beliefs.

Whilst most men fantasize on their past sexual experiences, most women fantasies is based on an imaginary thought of perfect romantic encounters. Execution of sexual fantasies helps to rekindle a dying sex life in or outside a relationship. Whenever you feel so blah in the bedroom! Or you’re tired of repetitive sexual encounters! Practising your fantasies can make you a “Casanova” and make your sex life great again. 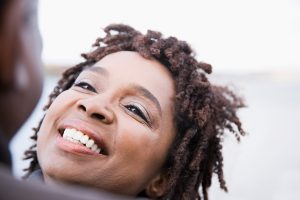 Here are 6 common fantasies of both men and women.

When you ask most people about their best ever sexual experience, they answer by telling you about their most adventurous sexual encounter such as sex in the park, offices, toilet, in the plane and even in public transport etc. Older couples revive their sex life by exploring an adventurous, yet unconventional sex to reboot their emotional connection. Remember, being a “Casanova” isn’t a bad thing especially with a single partner. If you don’t explore, you’ll be bored!

Even though considered as taboo by most people, sexual fetishism is an unconventional fantasy of some people and fantasies like paedophilia and other paraphilia are considered as a mental disorder the world health organisation (WHO). Also, some of these kinds of fantasy are illegal in many countries of the world and anyone who is caught in such acts will serve a jail sentence.

Sexual relationships such as polygamy, polyandry and polyamory are common among men, especially African men where it’s culturally acceptable and customary. Most men whether single or married do fantasize about marrying or loving multiple women at a time. Also, women are also capable of loving multiple men at the same time too.

If you’ve ever felt the urge to practice any of these sexual fantasies, do not be ashamed, feel free to share with your partner and exploit your fantasies except if it’s against the law. The fuel for a glowing sex life is the sexual fantasy! Oh yes!