Is your child courting Type 2 diabetes?

Is your child courting Type 2 diabetes?

Joyce could not wait for Tuesday, it was the opening of Cool n Nice, the latest ice cream joint in the city. She woke up early in the morning, had Batman rice cereal with milk with three large spoons of sugar for breakfast.

Her mother told her for the 100th time, “That’s too much sugar!” She just laughed it off, and, “I’ll use it all” as she gobbled down her breakfast.

She looked up the clock and realized she was running late for school. She waved her mum goodbye and run out of the house to catch the school bus.

Forty seconds later she was back in the house, hurriedly asking ´´Mum, have you seen my Cool n Nice coupons?” After a desperate search in the living room, she found them on the sofa. Her palate was desperate to taste the ice cream at the new joint Cool n Nice!

Pocket money, how does your child use it?

Parents rarely pay attention to what their children use their pocket money on. Some of these kids, especially high school children, are extremely moneyed and use their money on food or food-related entertainment.

Joyce is from a well-to-do middle-class family. At 16, she receives Ksh.500 pocket money from her parents, sometimes as high Ksh.1000, when the weekend has been good, or when her father is weak to her request for more.

Joyce and her friends (also from well to do families) decided to steer of the school’s cafeteria, which was serving coconut rice, beans, cabbage and fruit. They couldn’t imagine lining up for beans, quite embarrassing! They were not about to selfie with beans!

They headed straight to TastyChic, for chips and coated deep fried chicken. This was their go-to place for lunch, trendy with real Gs.

Joyce had chips and some deep-fried chicken and also tasted some of her friend’s Bhajias. They all agreed to meet outside the gate after school, and head out to Cool n Nice. 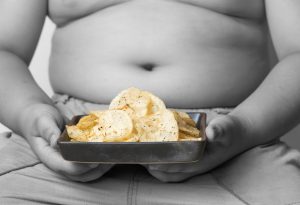 When the school bell rang, Joyce and her friends headed out to Cool n Nice.

Finally it was Joyce’s turn. She chose the medium sized cup of ice cream, it was 400 grams of ice cream. With her promotional coupon, she asked the vendor to add in chocolate flakes and cookies to top it up. They had fun tasting each other’s ice cream, and they giggled as some high school boys tried making a pass at them.

Serving dinner, with no clue of what she had for lunch

When Joyce got home, she decided to catch up on Netflix, just one episode before bed. Her mother had made some pasta with vegetables for dinner, Joyce was too full to have a full dinner. She opted for instant noodles, and her parents just let her be.

Joyce’s parents work hard and believe that their child is extremely healthy. They believe that they serve good options for breakfast and dinner, and fully assign the responsibility of lunch to the school. Millions of parents take this approach with their kids.

Type 11 diabetes symptoms develop slowly, over a couple of years of making wrong food choices, and not exercising. One can develop symptoms over the years without realising they have Type 2 diabetes. Increased thirst and urination, increased fatigue, blurred vision, numbness in the feet and hands, and wounds that don’t heal.

When Joyce was 19 she collapsed in class in her second semester of University.  She was quickly rushed to the nearest hospital where she was diagnosed with diabetic ketoacidosis. The doctor explained to her that she had developed Type 2 Diabetes.

Her mother was sure it had nothing to do with her being stressed and doubted her diet was so bad that it could cause diabetes.

They sought a second opinion from a more expensive doctor; the diagnosis remained the same.

Joyce adopted a new lifestyle; proper diet, which involved meal planning to manage her glucose, went on a weight loss diet, and began to exercise regularly. Her insulin could not effectively process the glucose in her body, but she was determine to live optimally with this condition.

After months of adopting her new lifestyle, Joyce felt like she liked the new her.  Although she hated the routine of taking insulin to manage her sugar level, she was less fatigued, more upbeat, and on track to achieving her ideal weight.

The connection between sugar & diabetes