Finish your food! Why punish the child? Consequences of force-feeding

Home/Children/Finish your food! Why punish the child? Consequences of force-feeding
Children
1157

Finish your food! Why punish the child? Consequences of force-feeding

How do you feel when you eat so much food that you can’t sleep? Restless, bloated, and sometimes in pain? That’s exactly how a child feels when you force them to eat when they say they are full.

Most caretakers are constantly shouting at kids to finish their food, and yet they serve the child’s plate of food, basically determining how much food the child needs.

When a child’s appeals to eat less, or later, most of us continue to use threats, guilt and blackmail to ensure the child eat and finishes his/her food.  Maliza ama nikuchape! , Kevo atakua mkubwa kukushinda and Unatupa chakula na watoto wengine wanalala njaa!

Force-feeding a child should be banned throughout the world. Human bodies are designed in such a way that they can decide for themselves, how much food is enough,  and when more food is needed.

Hunger and food intake are regulated by the body’s blood level of nutrients, neural and hormonal signals from the gastrointestinal tract, and psychological factors such as the taste and presentation of food.

However, as overprotective parents, we ask our children’s brains to follow our command, rather than cueing them to their body’s natural physiological signals. 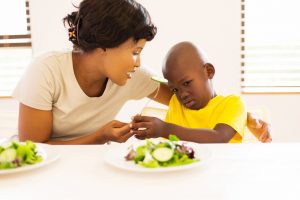 We allow our children to snack all through the day on things that actually make them full. It’s hard to have a full dinner if just between lunch and dinner you had a bags of crisps, a chocolate, two fizzy drinks and chips.

What happens when you make a habit of forcing your child to eat?

Force feeding emotionally traumatizes your child. Your child’s brain, burdened with the punishment, threats and guilt, obediently follows your command and sooner or later he or she will lose the significance of the feeling of satiety (feeling full).

Now the child’s brain becomes totally dependent on the mother’s command to eat. Sounds strange? The day the mother is not there to dictate to the child’s brain, you will notice that the child either doesn’t eat at all or overeats and falls ill.

Many parents are notorious for forcing their children to eat when they are down with the flu or any illness.

When one is sick, the body responds by producing chemicals called cytokines that can lead to a decreased appetite. Most of the energy that is used in the digestion of food is also redirected to fuel the fight against disease and infection.

However, with the mothers command the brain gulps in food and all the energy gets utilized in breaking of the food and not fighting the infection.

The infection increases as the fighter cells of the body give up. Hence I always advise parents to avoid force feeding children, especially when they are ill. Do not starve them either.

As a parent, your mission is accomplished when you provide your children with healthy meals on time and manage their snack intake. Let your children cue you on when to eat.

Your child may not eat much for a few days due to distraction, but automatically their body will signal them to have the right amount of food.

A child forced to feed will always have a low immune system, bad gut health and a higher probability of being underweight or overweight as an adult. Make a few changes to how you guide your child on eating. 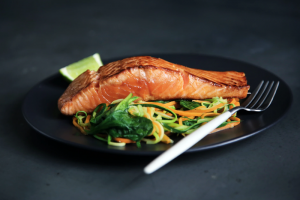 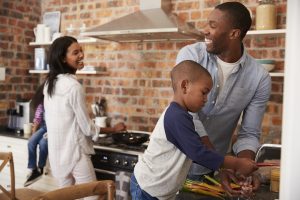 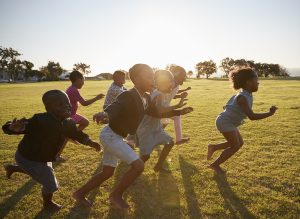 Helping an overweight or obese child maintain a healthy bodyweight. 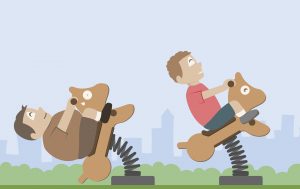 Talking to an African parent about his or her obese child 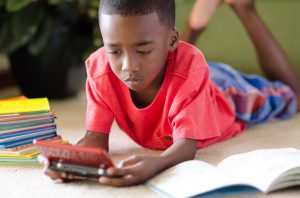 What NOT to feed a child with ADHD