Many people profess to have experienced “love at first sight.” But is it truly possible to fall in love with someone in the first instance? Take it or leave it, studies and surveys in recent times suggest that people who claim to fall in “love at first sight” were probably not truly in love. In fact, they were probably in lust or infatuated instead, according to the journal Personal Relationships publication. 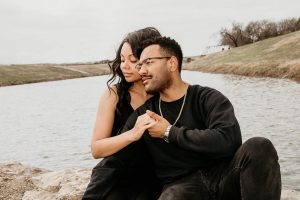 Although we all know that lust or infatuated can be used interchangeably with true Love, however, their difference is clear. I think the first question should be what is lust or infatuation? Sexual lust is “konji”, a.k.a desire or urge that springs up the sexual craving with the person we find attractive or lust after. On the other hand, infatuation is an intense but short-lived feeling of passion or obsession for someone we are attracted to, which most people often confused for love.

All right then, if “love at first sight” isn’t Love, then what is “Love”? Even though Love definition is very complex because it has several different meanings according to religion and social interaction, nonetheless as regards sexual relationship, Love is a feeling of attraction towards someone regardless of the person’s shortcomings or good attributes. Love includes all or one of physical, psychosocial, sexual and emotional attraction etc. Also, Love is a long-term phenomenon and it can develop over time, as oppose to an infatuation or lust that is short-term in action and cant be developed over time.

Let’s allow science to settle the confusion of true Love, Lust & infatuation once and for all!

Most people don’t know that there is an actual science to love. In actual fact, being in love is determined by the brain’s biochemistry. That is to say,  a unique blend of brain chemical substances drive the three basic phenomena of attraction such as Love, lust, and infatuation. Each of these chemicals works in a specific part of the brain to influence attraction and love.

Lust is governed by oestrogen and testosterone, sex hormones, in both men and women that could lead to sexual activities with or without proceeding to true love. Infatuation (strong attraction) is driven by adrenaline, dopamine, and serotonin—the same chemicals that are released during strong brain excitement, sweet experiences and with a short-term duration of work that enables human to react immediately to the people they are attracted to physically, sexually and emotionally.

In short, it seems that “love at first sight” is a term that people often use to describe strong feelings of initial attraction—however, what they’ve experienced doesn’t seem to be the same thing as true love. A true love develops over time after a considerable amount of closeness either physically or virtually and stands the test of time.