Common Reasons Why People Cheat on Their Partners

Common Reasons Why People Cheat on Their Partners

Everybody knows that one “perfect couple” that every other couple aro

und him or her uses as the gold standard. However, even sometimes the so-called perfect couple can hit a rough patch in their relationship with infidelity in the picture. How much more in the ordinary couples life, infidelity is “glass shattering” for any kind of romantic relationship.

What is infidelity or cheating? In simple term is having sex outside one’s relationship or being unfaithful to one’s partner. Other important questions are: at what length will an extra-relationship affair be termed cheating? Are kissing and flirting a form of cheating? Or infidelity is just about extra-relationship sex! I guess it differs from people to people, but Ill say kissing someone who’s not your partner would lead to sex eventually somehow, someday.

Unfortunately, cheating is cancer for any relationship and can break relationship to the point of no returns. Even if it managed to recover, it leaves a lifetime scar by sowing the seed of distrust, and lack of forgiveness that is contrary to what love stands for. Undoubtedly, there are many possible reasons why we cheat. Here are a few most common reasons for infidelity. 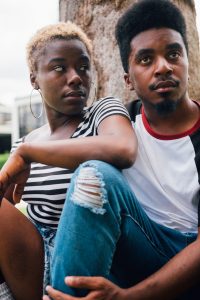 Several studies and researches tell us that couples who are unhappy or not satisfied with either their sex or emotional life tend to cheat on each other. Not getting enough or satisfying sex in a relationship is the first reason that can make both male and female seek somewhere else for it. Similarly, seeking emotional intimacy can be nearly as compelling a reason to have an affair as can seeking physical intimacy.

Although not common in general, nonetheless its common among married couples in their 40s. The mid-life crisis involves an emotional breakdown or the onset of age related complications such as hormonal deficiencies making people emotionally vulnerable and can increase their sense of sexuality or lack thereof. With heightened sexuality, people’s tendency to cheat increases, on the other hand, reduced sexuality could frustrate their partner to the point of cheating. It makes sense right?

This reason is for people who felt that they wanted something new, curious and want to measure their sexual prowess. People who look for a thrill outside their relationship simply want more sex even in the absence of a problem in their relationship. In fact, they’re just Casanovas!

According to recent scientific study, infidelity may be linked to genetic and inheritance predisposition. This doesn’t mean that those with the gene must cheat, remember its just a predisposition! In the past, there has always been a theory about how a man whose ancestry marries many wives will definitely marry many too. But now we have a concrete scientific evidence to support that theory. I guess we would all agree that science nailed this one!

Couples who are in a difficult childless relationship may seek revalidation or assurance from someone else. This is very common among African men, who seek better luck from other women or sometimes as they say “I want to know whose fault it is about me and my wife’s infertility”. In today’s world, women also seek assurance by dating many men in order to secure their future and that of their kids  in case their husband dies. That is if her children are truly her husband’s!

Have ever felt so lonely that you doubt if you ‘ll make it till morning while your partner is out of town? Or you’re on a biz trip and you miss your partner so much! Loneliness makes people in relationship to seek short and immediate answers to their sexual urge, which makes them engage in a one-night stand, or any other form of casual sex. Loneliness is the most common reason for casual extra-relationship sex.

In a relationship that is already suffering, the desire to hurt a partner who is (or is perceived as) cheating seems to raise the stakes significantly. In reality, many people engage in infidelity in order to get back at their partner by letting their partner feel what they felt after such a horrific event. The fact is that many couples do this in order to either keep scores or keep a balance for them to move on in their relationship. However, this might not be a good idea in some cultural settings.

Falling out of love with your partner or in love with someone else makes people cheat. This reason can be a bit complex, perhaps because “love” is so difficult to define. In having sexual and emotional intimacy seems to be confused with true love.

People who claim that they had fallen head over heels for the person with whom they had the affair might have been confusing lust and infatuation with love. Again, emotional intimacy plus sexual closeness seems to be a more important factor that leads partners to stray

Extra-relationship affairs clearly represent a complex mix of desire, agony, and a need for bonding. Rarely are they supposedly entered into without struggle or even pain! They may be the cause of the ending of a couple’s relationship. Happy couples may decide to experiment and explore extra-relationship affairs, yet their marriages or relationships may survive. However, it’s a risky gamble that pierces the heart so deeply.