Bronchitis, why do so many Kenyans get it?

Home/Disease/Bronchitis, why do so many Kenyans get it?
Disease
1466

Bronchitis, why do so many Kenyans get it?

Bronchitis is an infection or irritation of the wall of your bronchial tubes, (windpipe), which carry air to and from your lungs. People who have bronchitis often cough up thickened mucus, which can be discoloured, and this can happen for a short or long duration.

Often developing from a cold or other throat and lung infection, short-term bronchitis is very common. Long-term bronchitis, a more serious condition, is a constant irritation of the lining of the windpipe, often due to smoking.

Short-term bronchitis, also called a chest cold, usually improves within a week to 10 days without lasting effects, although a cough may remain for weeks.

However, if you have repeated episodes of bronchitis, you may have long-term bronchitis, which requires medical attention.

Long-term bronchitis is one of the conditions included in chronic obstructive pulmonary disease (COPD).

Acute bronchitis is usually caused by viruses or bacteria, typically the same viruses that cause colds and flu (influenza).

Antibiotics may kill bacteria but not viruses, so this type of medication isn’t useful in viral bronchitis.

The most common cause of chronic bronchitis is cigarette smoking. Air pollution and dust or toxic gases in the environment or workplace also can contribute to the condition.

Who Is Likely To Have Bronchitis?

Your risk of bronchitis increases if you belong to any of the following groups:

What Are The Symptoms Of Bronchitis?

For either short- or long-term bronchitis, signs and symptoms may include:

If you have short-term bronchitis, you might have cold symptoms, such as a mild headache or body aches. While these symptoms usually improve in about a week, you may have a nagging cough that remains for several weeks.

Long-term bronchitisis defined as a productive cough that lasts at least three months, with recurring episodes occurring for at least two consecutive years.

When To see a Doctor!

Go see your doctor if your cough:

How Can You Diagnose Bronchitis?

During the first few days of illness, it can be difficult to separate the signs and symptoms of bronchitis from those of a common cold. Your doctor will examine you closely and may conduct an additional test such as chest X-ray, blood test and others etc.

What Are The Treatments Of Bronchitis?

Most cases of short-term bronchitis resolve without treatment, usually within a couple of weeks.

What Medications can You Use?

Because most cases of bronchitis are caused by viral infections, antibiotics aren’t effective. However, if your doctor suspects that you have a bacterial infection, your doctor may prescribe an antibiotic.

In some circumstances, your doctor may recommend other medications, including cough medicine, allergies, or asthma medicines in form of inhalers, especially those with a long-term disease   like C.O.P.D

Other Forms Of Therapy

If you have chronic bronchitis, you may be a perfect candidate for pulmonary rehabilitation. This rehabilitation uses a breathing exercise program in which a respiratory therapist teaches you how to breathe more easily and increase your ability to exercise.

For more info about this, contact the  hospital nearest to you.

What Are The Side Effects Of Bronchitis?

Although a single episode of bronchitis usually is not a cause for concern, it can lead to pneumonia in some people.

Repeated episodes of bronchitis, however, may mean that you have a chronic obstructive pulmonary disease (COPD), which is a long-term disease of windpipe and lungs that can lead to severe damage to lungs and eventually lung failure or death.

Prevention And Home Remedies For Bronchitis

To help you feel better, and prevent bronchitis, you may want to try the following tips: 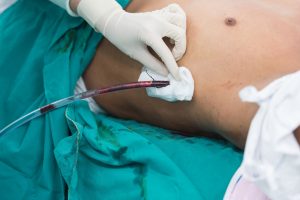 Pneumonia, how to lower your risk of getting it 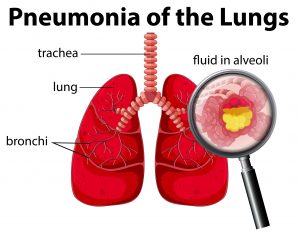 All You Need To Know About Pneumonia 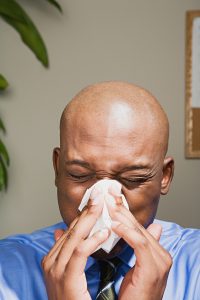 Common Cold; Ways to prevent a cold and other chest related diseases